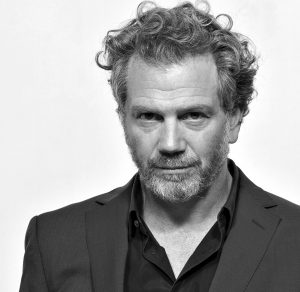 MR. MARK GILBERT is an architect and urbanist, active in Vienna, Austria. He was born 1961 in Schenectady, NY, USA. Educated as an Engineer (BSME, University of Rochester (NY) 1983) and in Architecture (M.Arch., Harvard University GSD, 1990), he worked in the 90’s as designer and project manager for architectural offices in Boston, Zürich and Vienna.

From 1999 until 2009, he led the office mark gilbert_architektur, which designed projects in Vienna and abroad. In 2009 he founded (together with Christian Aulinger) the interdisciplinary planning office trans_city TC ZT GmbH. The practice has received numerous international awards, including the Architecture MasterPrize 2018, Best Architects 2019 and the nomination for the ECOLA Award in 2019.

Author and editor of numerous books, urban studies and essays on architecture and urbanism, Mark Gilbert was recipient of the Graham Foundation for Advanced Studies in the Fine Arts Award in 2004, and a grantee of the Hochschulejubiläumsfonds der Stadt Wien in 2005. Together with trans_city, he was primary recipient of Project Funding Awards from departure agency for the creative industries in 2009 and from the impulse program of the Austrian Wirtschaftsagentur in 2012.

He served as a member of the Land Advisory Council for Subsidized Housing (Grundstücksbeirat) to the Municipality of Vienna from 2012 to 2018.