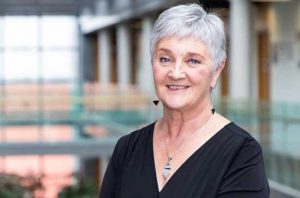 DR. MARY MURPHY works as senior lecturer on the BA Politics and Active Citizenship in the Department of Sociology in Maynooth University.   Her research interests include public policy with a focus on labour market, social security and housing policy, power and civil society, and gender. She has published widely in key journals and books (Towards a Second Republic (with P Kirby Pluto Press 2011) and The Irish Welfare State in the 21st Century (co-edited with F Dukelow Palgrave 2016). A contributor to national policy debate she was a member of the National Expert Advisory Group on Taxation and Social Welfare 2011-2014 and the Irish Human Rights and Equality Commission 2013-2017. In 2019 she was appointed by President M.D. Higgins to the Council of State.