Dublin City Council (DCC) has said it is willing adopt a totally new way of delivering affordable homes, based on the housing model in Vienna.

However, it says the lack of supply and the scarcity of land in the capital will make this new approach extremely challenging.

The Vienna model of housing is internationally regarded for its continued achievement of sustainable, high quality residential development by using a cost-rental approach.

It does this by adopting a general needs approach to housing provision and delivering secure, long-term, public rental housing in well designed, adaptable and inclusive neighbourhoods.

The Austrian city’s strategy is now being considered as a very practical way of alleviating the housing crisis in Dublin.

Its model is now the subject of a month-long exhibition in the capital, spearheaded by DCC, the Housing Agency and the city of Vienna. 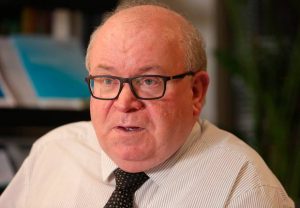 Speaking at the launch of the exhibition this morning, Deputy Chief Executive of DCC, Brendan Kenny said the scale of the current housing crisis has prompted a new way of thinking.

“We have serious challenges in housing, particularly in Dublin and all our efforts and major investments are going into increasing supply.

“While we still need to do this, it’s essential to actively consider different models on how we can deliver housing.

“We’re very impressed with the Vienna model and believe in time we can adopt a similar approach.”

However, Mr Kenny acknowledged that drastic, cultural changes need to be implemented before such a model can be used.

“We’ve been using the same system for the past 100 years, that doesn’t change overnight. One of the obstacles we face is the scarcity of land in the city – we own very little.

“And most of the land that we do own already has plans in the pipeline. We need the freedom to go out and buy from other lands, like Vienna has.

“I think the high cost of construction [in Ireland] is also an obstacle and it’s going to be very difficult to make new developments affordable.

“But the biggest issue we have is supply. They have a decent amount of supply in Vienna, but here we don’t so it will be very hard to adopt a new model when supply here is so scarce,” he said.

According to David Silke, Director of Research at the Housing Agency, one of the first cost-rental projects in Ireland will be rolled out in June.

“The Housing Agency will be constructing 105 social and 50 cost rental homes on State lands in Stepaside, Co Dublin this summer,” he said.

“But we still need a lot more sites that could be used in this way.

“Nearly 80pc of households in Vienna rent their accommodation on an ongoing basis. In Ireland, we rely a lot on people buying their own homes and having long term mortgages, but that’s becoming more  difficult for people.

The Vienna Model of Housing Exhibition is open to the public and will be hosted in various locations around Dublin city until April 25. 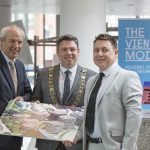 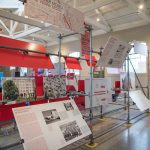 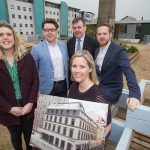